Policing is one of the more easily justifiable roles of government in society, since its purpose is to uphold personal freedom by ensuring that violations either do not occur, or result in appropriate consequences. However, in the process of carrying out this role, numerous incidents have occurred involving police brutality.

Unfortunately there is much evidence to suggest frequent abuse of power, overstepping of boundaries, and misuse of authority. Even though only a minority of officers are involved in reprehensible behavior, this undoubtedly still reflects negatively on police forces in general.

Those who enforce the law must not be, or be seen to be, above the law. Heavy handed policing often actually incites violence and creates tension, especially of a racial nature. Therefore, abuse of power is an extremely serious problem in modern society.

Looking into the beating of Rodney King, which sparked the 1992 Los Angeles riots, as well as the 2014 shootings in Ferguson, Missouri, it is clear that racism is regularly a prime factor in police brutality in the U.S.. An analysis, carried out by the Guardian in 2015, found that in the United States, racial minorities made up 62.7 percent of unarmed people killed by police, even though they accounted for only 37.4 percent of the population. 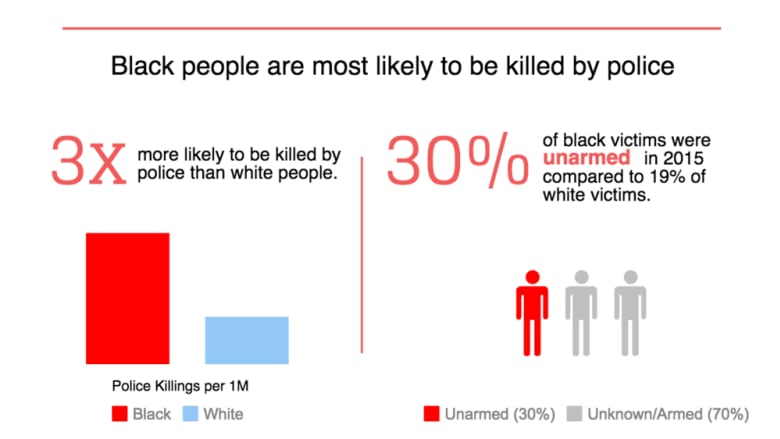 The Black Lives Matter movement began in 2012 in Florida with the murder of Trayvon Martin. Martin was an unarmed Black youth who was murdered by a neighborhood watchman, George Zimmerman. Zimmerman had called the police and said he suspected Martin had robbed a nearby store. Despite police telling Zimmerman to let the police handle it, Zimmerman pursued Martin. Zimmerman exited his car and confronted Martin, and after an altercation, shot Martin dead. Martin’s body was tagged as a “John Doe,” and was not identified until his father filed a missing person’s report. In the trial for Martin’s murder, the case ended with a “not guilty” verdict. There was no case for forty-five days until enough public pressure was applied to force a case.

The oppression of African Americans by various police departments and courts around the nation is well documented, and in recent years, Black Lives Matter (BLM) has been a voice trying to bring equality to the American justice system. The killing of Floyd George in Minneapolis this week, is but one example of what BLM is trying to change.

In our next blog we will elaborate more upon this powerful movement!