Sex trafficking can sound like something that only happens in faraway places where the laws are lax and people are desperate. It’s a nightmare to imagine that greedy people would coerce women to perform sex acts in “developed” countries where we should have the resources to protect innocent people.

But human trafficking could be happening closer to home than you think; Illicit Massage Businesses (IMB), a source of rampant trafficking, operate throughout the world.

Across the United States, there are an estimated 7,000 to 9,000 IMB establishments. A report from the International Labor Organization estimates that  4.8 million people worldwide are exploited in the illegal commercial sex industry (children accounting for more than a fifth of this number). 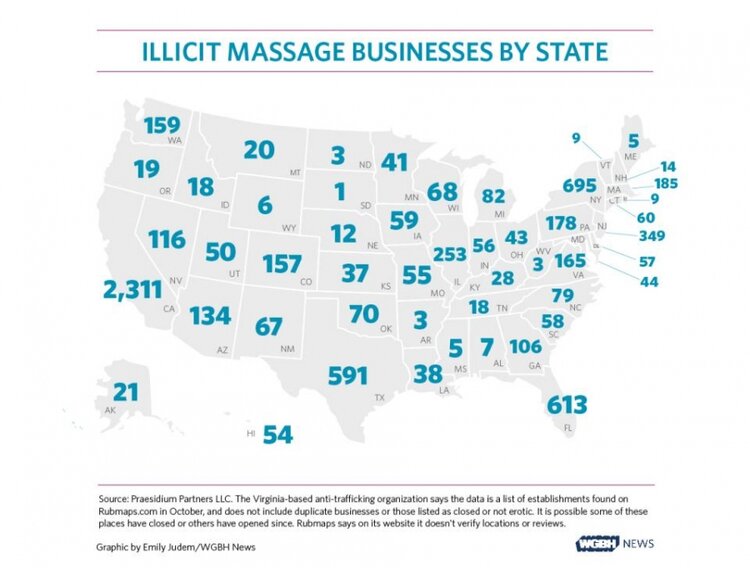 If you observe the following, you may have located an IMB:

Unfortunately, raids are not the most effective tool in ending this form of modern slavery. While it’s important to report what we see, to effect real change, we must also: